Driving with a malfunctioning seat belt assembly is dangerous because it will fail to protect you in a car crash.

However, many car owners are reluctant to replace their seat belt assemblies because they don’t want to splurge on labor. Labor charges can run about 100 bucks per hour at a Mopar dealership. It’s understandable, but there’s a much more affordable solution: replacing the seat belt assembly at home. And know what’s great? It’s actually a pretty easy project, too.

Symptoms to Look Out For 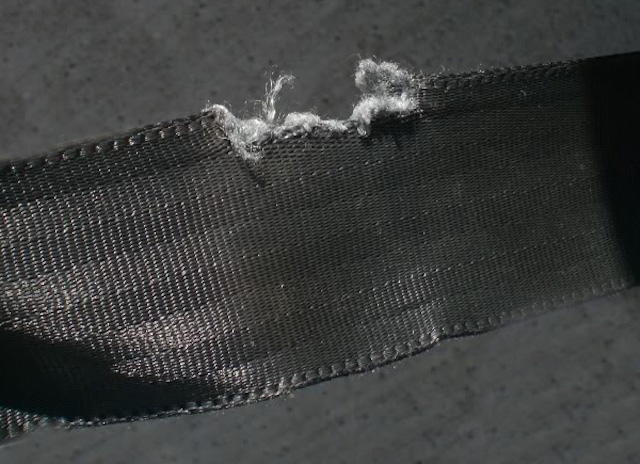 You may notice some of the symptoms of a failing seat belt assembly by chance, like when you buckle in. Or you can detect them during a quick inspection. Here are the most common telltale signs that your seat belt assembly needs to be replaced:

Once you’ve determined that one of your seat belts needs to be replaced, it’s always better to replace it sooner than later.

We put together an overview of the replacement process. It’s based on the three-point seat belt for the driver’s seat in a Jeep Cherokee, but the steps are general enough to apply to some other Mopar models.

You can read more here about all the different reasons OEM seat belt assemblies are the better choice . 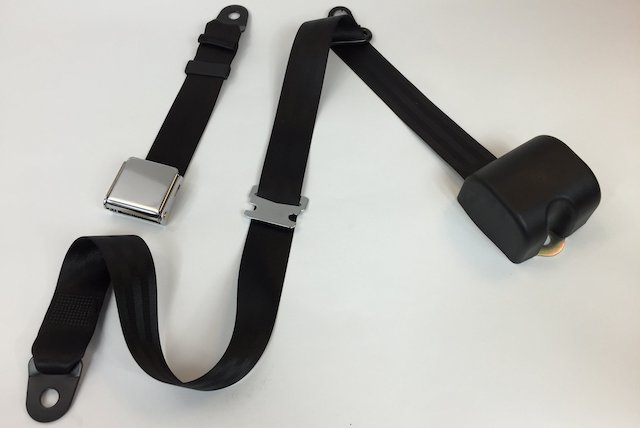 If you’re looking to save a bit of money on an OEM seat belt assembly, you can check out our catalog. We offer wholesale pricing for genuine OEM Mopar parts, including seat belt assemblies.

Keep in mind that some seat belt assemblies don’t come with a buckle, bolts, or other components. Before purchasing a replacement seat belt assembly, make sure that it includes the parts that need to be replaced.

When you have your replacement seat belt assembly ready, reposition the seat(s) to make the removal process as easy as possible. The optimal position depends on the model. If you're working on a Jeep Cherokee, slide the seat forward as much as possible.

3. Remove all the Interior Trim Parts

On the Jeep Cherokee, you can pull these parts off. Doing so will disengage the plastic bolt covers.

4. Unplug the Electrical Connector (if Applicable) and Then Remove all of the Bolts and Plates

Behind the trim cover at the bottom of the seat belt (the point that’s connected to the floorboard) is an electrical connector. Depress the clips on it and then unplug it.

With a star screwdriver, remove the following bolts:

There’s also an inner scuff plate, which is a plastic panel along the side of the door frame just below the upper mounting bolt. Use a flathead screwdriver to gently pry it off. 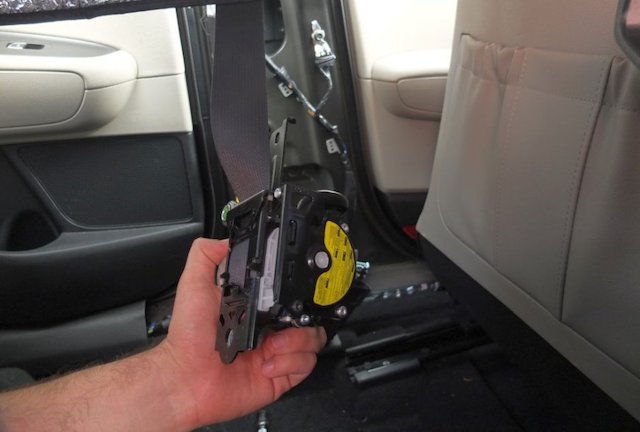 When everything is loose and ready to go, pull the strap out through all of the openings.

This step is done in the reverse order of removal. Basically:

Please contact us if you need assistance replacing your seat belt assembly. We’ll be happy to help you out!