The alternator is the component that provides electrical power for a car, and also charges its battery. It is attached to the engine. The alternator is driven by the engine's serpentine belt (or V belt.) Alternators have a cylindrical shape, and are usually about 6" across by 6" deep.

How Does an Alternator Work?

What Happens When the Alternator Fails? 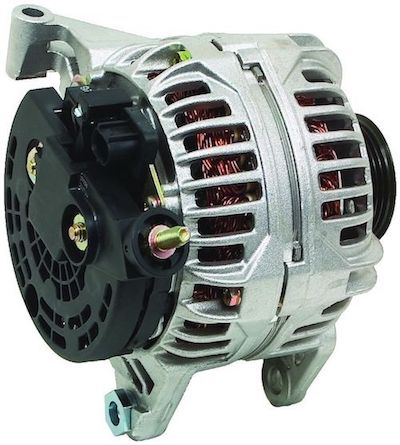 When an alternator begins to fail, the battery doesn’t get as much power as it should. This results in reduced electrical power. Some symptoms include dimmer lights or slow power windows. Eventually the alternator will fail completely. The battery will quickly drain as it isn't being charged. Soon, you won’t be able to start your car. To keep the battery from dying as a result of a bad alternator, it’s a good idea to monitor your alternator. You can then replace it as soon as begins to fail.

How to Monitor an Alternator?

New alternators produce a charging voltage of 14.1 or 14.2 volts right after the engine starts. Usually the voltage drops to 13.9 or 14 volts after a minute or so. An alternator that is beginning to fail will produce less voltage. It might only produce 13.9 volts right after startup, and 13.6 or 13.7 volts after a few minutes. The easiest way to monitor this voltage is to buy a USB charger with a voltage meter that plugs into a 12v outlet in your car. These only cost $10-$15.

How is an Alternator Replaced? 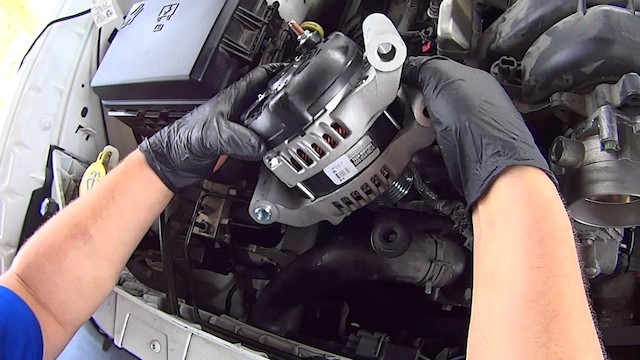 When you have an alternator that needs to be replaced, you have two options:

Replacing the alternator yourself is actually a pretty easy DIY project if you have the right tools. You just need to do a search on your car to find the right part number and then order an OEM alternator. It's always best to order from a reputable OEM parts seller like MoparPartsOnSale.com.

The replacement process varies between makes and models, but the general idea is to: